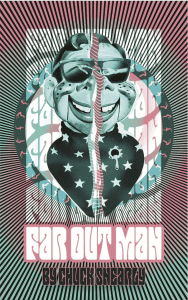 Jack Crost is a professor of sixties literature with a painful past who teaches the ideals of peace and love. His beliefs are tested when a series of vicious attacks cost him his job and his life – and then things get worse. After a near-death experience in the emergency room that includes an encounter with a famous TV puppet, his resuscitated life takes off in a wild new direction as he tries to figure out what’s going on. From ruins to raves to the rooftops of Detroit, his pursuit of the truth leads him to a final deadly confrontation. Bummer. 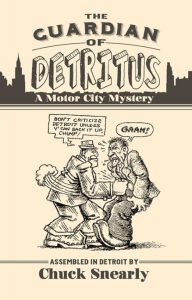 Something snaps when failed rock musician and disgraced reporter Will Harkanen reads an obituary for an old friend who died in a car crash in Detroit. On the far side of middle age and the brink of divorce, Will quits his boring job to reconnect with his past and pursue the dreams of his youth. In doing so he unravels an ugly mess of blackmail, bribery and corruption that may have led to his friend’s death. As Will chases his dreams, he realizes too late that his dreams are chasing him.

If you have to write a speech and aren’t quite sure how to go about it, this is the book you need. Speech Right is intended for people who volunteered—or were drafted—to write a speech for themselves, their boss, their professor, their client, or anyone else who has been called on to stand and deliver in front of an audience. In addition to beginners, it also will be useful—or at least mildly amusing and cathartic—for seasoned professionals. Whatever your skill level, Speech Right will help you write the speech right.

Buy all three now on Amazon